The Lives of Women by Christine Dwyer Hickey

“The suburb is not like a ship. It’s the opposite to a ship. On a ship babies and women always come first, in the suburbs they always, always come last.” Such is the observation of Elaine Nichols, a sixteen year old girl recovering in her room after a mystery illness. After a prolonged stay in hospital she has been granted permission to continue her recuperation at home, and eased into a routine of observing the goings on in the neighbourhood. With time on her hands she begins to notice the nuances of her community more acutely – the way the men refer to each other by their surnames, apart from the local doctor – that there’s an unspoken hierarchy in accordance to the professions of the men on the street and that this heirarchy extends to their wives, who spend their time gossiping over martinis and wine in each others’ living rooms. She has noticed that her mother has changed over the course of her hospital stay. She smokes now, and drinks, and is eager to please the women who have finally embraced her into their fold. Elaine notices it all. 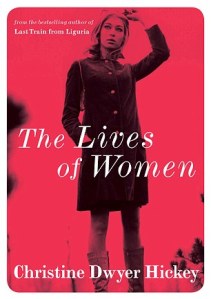 Thirty years later, where the story begins, Elaine has returned to her childhood home after a long absense, and is poking through the attic in a vain attempt to locate the phone number of a long dead plumber. This futile task leads her to a chance happening upon activity in the house that backs on to theirs; removal men are gutting it, potentially unearthing the secrets it holds. It jerks Elaine back to her last summer in the suburbs and the tragic incident that forced her to leave and never return. Until now.

The descriptive language Christine Dwyer Hickey uses right from the first page is so eloquent yet natural that it’s impossible not to be compelled to read on. The world-weariness of older Elaine is perfectly juxtaposed by the typical teenage know-it-all nature of her younger self; it’s perfectly believable that these characters are one and the same, just exisiting in different times. The hint of mystery leaves you aching to find out more – everything is unfolded in drips and drabs, from the name of Elaine’s crush, to her best friend’s disability, to the reason why Elaine left her home and what she had been doing in the time in between. Everything is tantalisingly revealed, like peeling the layers of an onion. The mysteries that are suggested right from the beginning give nothing away, while still leaving you in no doubt that all will becomc clear, that he or she who shot the smoking gun will be revealed.

The complicated relationship between women is what holds the novel together – between mothers and daughters, close friends and the loose threads that hold their relationships together, women in the confines of close knit communities, striving to fit in. The arrival of an exotic pairing – an American single mother and her beautiful daughter causes ripples through the everyday routines of the women, until they realise that they just want to fit in too. The desire for conformity, to not rock any boats or cause any shame is a pivotal element in the enventual unfurling of many of their lives.

Dwyer Hickey’s style is deft and effortless, and The Lives of Women is as much of a page turner as any detective thriller, with the added benefit of possessing the quality of any acclaimed writer of our time. It’s a story that will stay with you; told from older Elaine’s perspective, her present day self reflects on that summer as she reassess her life today, by taking her father’s dog for walks, settling into a routine of attempting recipes from her mother’s old cook books, by immersing herself in the environment that she used to know so well but is changing more and more, wiping away the dark side of its history. She removes herself from the painful memories by speaking of her younger self in the third person, a device that’s both philosophical and effective. This has become one of my favourite books to read in recent memory. Dwyer Hickey is a remarkable talent, and is a name worthy to stand alongside those others on the Irish, and international literary scene. I couldn’t have loved this book more.